Dr. Michael Murphy, MA (Western) PhD (McGill).
Michael is an Associate Professor in the Political Science Department at the University of Northern British Columbia, where he holds the Canada Research Chair in Comparative Indigenous State Relations.

Michael’s most recent book is entitled Multiculturalism. A Critical Introduction (Routledge 2012). Michael is co-author (with Helena Catt) of Sub-State Nationalism: A Comparative Analysis of Institutional Design (Routledge 2002), and (with Siobhan Harty) of In Defense of Multinational Citizenship (UWP 2005; Spanish Translation, 451 Editores 2008). He is also the editor of Re-Configuring Aboriginal-State Relations. Canada: The State of the Federation 2003 (McGill-Queen’s 2005), and Quebec and Canada in the New Century: New Dynamics, New Opportunities Canada: The State of the Federation 2005 (McGill-Queen’s 2007). Michael’s current research focuses on the relationship between autonomy and well-being, and freedom as a psychosocial determinant of health amongst indigenous peoples and ethnocultural minorities. 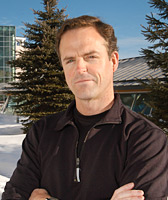